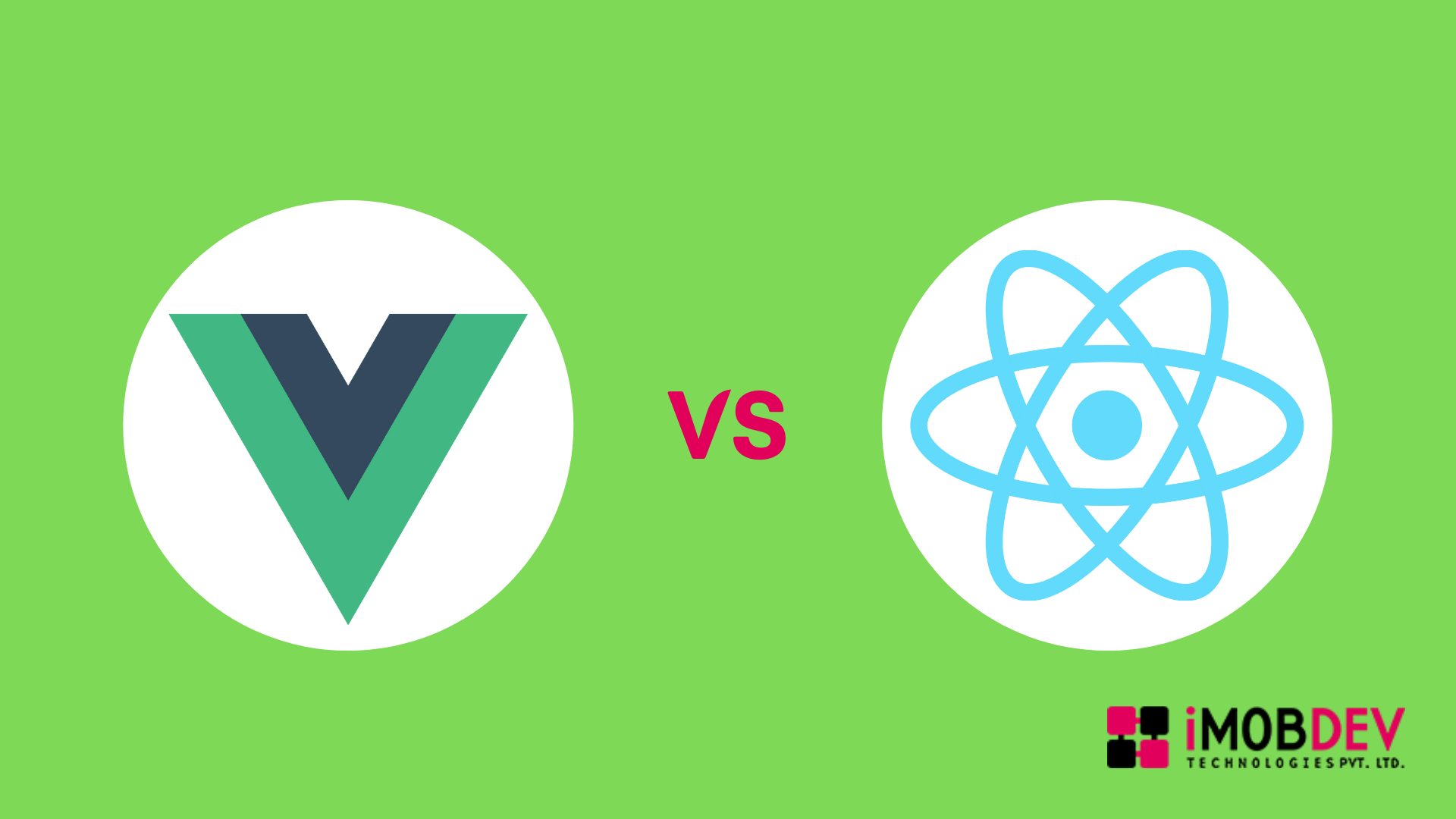 JavaScript frameworks are essential for app development nowadays. Many individuals are confused between using React and Vue for their projects.

Despite years of debate, picking a clear winner is difficult because both have advantages and disadvantages. This article will assist you in deciding between React and Vue and determine which one is right for you.

Vue vs. React: A Brief History

Vue, often known as Vue.js, is the group’s newest member. Vue has witnessed a significant increase in popularity over the past years, even though a giant corporation does not back it. 3.0 is the most recent stable version published in September 2020.

Facebook’s React framework was first introduced in 2013. Facebook’s products (Facebook, Instagram, and WhatsApp) use React extensively. The most recent stable version is 17—x, published in October 2021.

What are the similarities between React and Vue?

Let’s briefly look at the points because both frameworks have certain parallels in terms of functionality, tools, and communication.

What are the significant differences between React and Vue?

Though there are some similarities between the top two JavaScript frameworks, some significant variations in terms of performance and other things distinguish them in the application industry.

Speed comparison between the two frameworks demonstrates that Vue.js is somewhat quicker than React. Vue.js uses 80 kb, but React uses 100 kb. However, this isn’t a significant point of differentiation. In JavaScript, there is a concept of a virtual and real DOM, and both of these frameworks work in the virtual DOM environment, which means that they both work almost the same.

Support from the community:

One of the most important factors to consider when choosing a framework for your project is community support. This incentivizes and attracts fresh developers to work on the technology in question. Both Vue.js and React have a strong community behind them and give all of the assistance their customers require.

The Facebook community created the React library, both extensive and stable. The React community has also created and maintains several utilities.

Vue.js, on the other hand, is a relatively new framework that was designed by an ex-Google employee and did not have a big brand name behind it. Even if Vue.js is gaining popularity daily, it will take time to achieve that level.

When it comes to web development frameworks, size counts a lot. It becomes slower as it becomes heavier. To achieve several functionalities, React requires the use of third-party libraries. Vue.js, on the other hand, has several built-in features that make it simple for both experienced and novice web developers.

Which is more popular, React or Vue?

We can clearly say that React is unquestionably the most popular. It demonstrates that the market also demands hired React JS developers. React is funded by Facebook, and its community is more significant than that of Vue.js. However, Vue.js has come a long way since its debut.

Vue.js, on the other hand, is a little complicated because it’s coupled with Weex. This cross-platform UI framework functions similarly to React Native. Weex is still in the development stage, and additional testing is required to attain maturity.

For their projects, developers desire a flexible framework. Vue.js and React both provide their users with much freedom.

Only the most basic features are available with React. You’ll need to add more features to make it practical and functional. Routing, application state management, server rendering, and particular web app development may all be enhanced with the extra libraries.

On the other hand, Vue.js provides developers with standard tools and capabilities that make their job easier. Because of this feature, Vue.js is ahead of React in this race because to this feature.

From the details above, we hope you have a clear idea of which one you should go for. Vue and React both are the best in the industries, but the following are some differences and reasons you can consider to choose one. Suppose you are looking forward to hiring an experienced developer to help you build a robust react.js or vue.js application. In that case, iMOBDEV Technologies has some good news for you. Get a free quote for your project from iMOBDEV. For more information, check out our other services to know more.