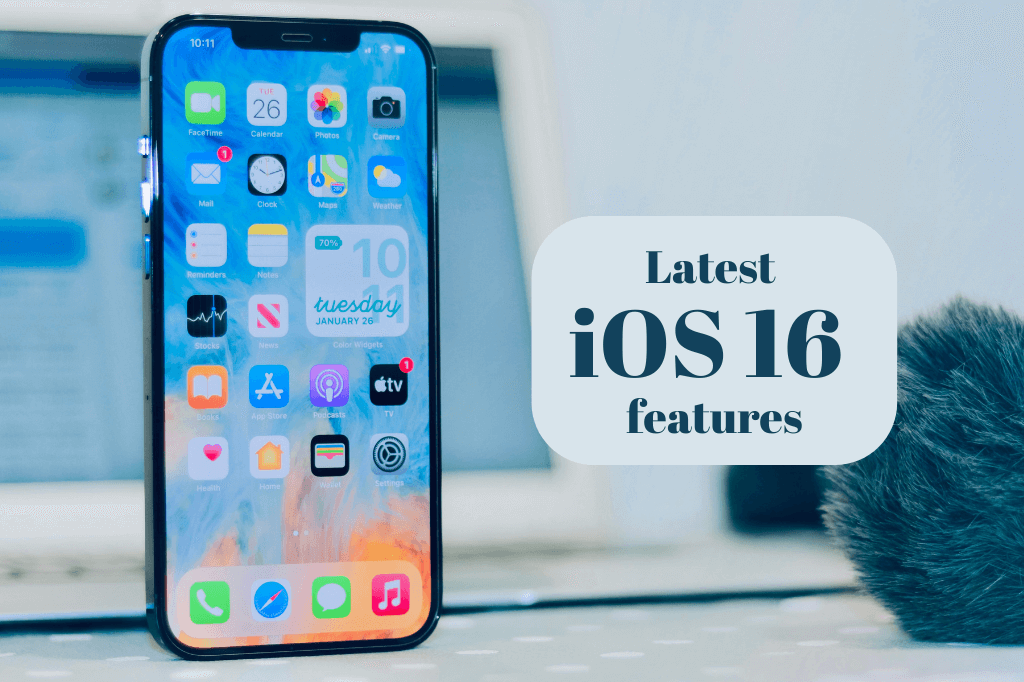 As we might expect, Apple has also launched some new wallpapers for the devices with the new update. The option includes a new collection of pride and unity alongside the astronomy and the weather collection.

With the new apple update, focus modes are also getting a significant update. These focus filters allow the user to manage boundaries with the apple applications. Now, focus modes can be tied to lock screens and home screens.

The latest safety check feature now allows users to connect from their partner’s connected devices. “If circumstances or trust levels change, Safety Check allows you to disconnect from people, apps, and devices you no longer want to be connected to,” Apple says. The new Rapid Security Response will implement the new important security fixes on the devices faster than before.

The lockdown mode will allow extreme protection to the users from unwanted targeted spyware. Also, the new pasteboard permission tool will ask permission before accessing the pasteboard to use the paste content.

Now the new notifications slide in from the bottom of the screen. Also, users may find three options to customize their notification needs Count, Stack, and List.

One of my favourite features is the fully revamped Home app in iOS 16. With iOS 16, the Home app has seen a significant makeover after years of incremental adjustments.

With the new Home app, you can easily explore, arrange, view, and manage all of your accessories. The main page may be made to fit your preferences by letting you view items by category, pick your favourite accessories for each area, change the size of certain tiles, and much more.

Apple is embracing the new passkey standard to go past passwords, which are currently one of the weakest points in digital security.

According to the passkey standard, individual digital keys are intended to completely replace the need for passwords by enabling seamless sign-in on all your devices, websites, and applications. Using a passkey to log in will follow an identical procedure as using Face ID or Touch ID together with iCloud Keychain. The difference, of course, is that you’ll select (or create) a passkey as your login method rather than selecting a credential from iCloud Keychain and automatically inserting your password and username into text fields.

Updates for Siri and dictation

Additionally, iOS 16 contains several noteworthy changes to Siri and Dictation, Apple’s voice-activated capabilities. The Dictation function has undergone the most significant changes. With iOS 16, you can quickly switch between voice and touch dictation. You may use the keyboard to type, tap, move the cursor, and input QuickType suggestions while dictating.

Additionally, auto-punctuation is now supported via dictation, which will automatically add periods, commas, and question marks as you dictate.

With iOS 16, the Photos app is receiving some significant improvements. A new duplication detection function makes it simple to organize your collection by identifying all duplicate photographs. Additionally, your iPhone’s Hidden and Recently Deleted albums are now protected by Face ID and your passcode.

You may now paste modifications you’ve made to one photo onto another or even a group of photographs using the Photos app. Similarly, you may go back and modify your photographs further.

Another new feature coming to the Photos app later this year is iCloud Shared Photo Library. With this, you may give access to a different iCloud picture library to up to five additional individuals.

Apple has officially launched iOS 16 for Apple devices. Users can check their device compatibility from the official Apple website or check this list. Compatible devices can be easily updated to the iOS 16 by simply choosing the Software Update from the General tab in settings. Is your device compatible with iOS 16? What are you waiting for then?