Collective Open-Source Code for iOS and Android by Kickstarter

Collective Open-Source Code for iOS and Android by Kickstarter

Kickstarter came with an idea to open source the code for the iOS and Android applications to give Android and iOS techies a new move in developing the applications. But, one need to know that what is Kickstarter all about?

An introduction to Kickstarter:

Before switching to the term ?Kickstarter?, one need to know the following points:

1. Crowdfunding: ?Crowdfunding simply means raising funds from a large number of people online for a particular cause.?

2. Public benefit corporation: Such corporations aims at maximizing the profit by taking decisions that lay a positive impact on the society and not only on shareholders.

3. Fundraising: It is the process of raising voluntary funds from the individuals, businesses, charitable foundations, or governmental agencies for any specific cause.

To be more specific, Kickstarter can be described as ?an innovative way to fund the hidden & imaginative ideas of the aspiring attempts.?

Kickstarter for iOS applications: An iOS platform came into existence with the arrival of iPhones. The iOS platform has been deployed to various products such as iPads/iPods. So, the Kickstarter team is looking forward to opening the source code for the iOS apps so as to help iOS developers globally with useful resources.

How the Kickstarter works?

1. Firstly, you need to post a project description along with the video (if any) on the Kickstarter Platform.

2. Once the project description is posted, you need to lay a funding plan & a time frame in which you want your project to be completed.

This is how Kickstarter works.

Open -Sourcing any software means letting you use the software free of cost along with its source code. The major benefit of open sourcing any software or an application is that one can make necessary alterations/updations in the existing code depending upon his/her needs.

There are numerous benefits of open sourcing the code. Below are listed some of the major advantages of open-sourcing an application:

1. Fixing of Bugs/Errors: The developers are responsible for fixing the bugs if spotted in any of the software. But, through open sourcing, the source code is made visible to all the users and it becomes easy to correct the bug as it can be accessed by a large number of users also.

2. Customized Applications: As the code is visible to a large number of the users, the code can be modified anytime according to one’s need.

These are some of the benefits of open-sourcing any application.

Previously, when Kickstarter was started, it was just a website with no official mobile applications. After some time, the iOS applications came into the existence followed by the release of the first Android App. Continuous updations, alterations were made in this applications along with lot more added functionality.

And, now it has open-sourced the iOS apps along with the Android applications with a vision to provide useful resources to the developers all over the globe. Now, they are also hiring Android and iOS engineers.

Every year, Kickstarter aims at launching something new and innovative. Below, provided some of the emerging trends that the Kickstarter team is expecting to see more of in the upcoming year including writing its first Kotlin code in Android.

You can view some of the Kickstarter tech predictions for an upcoming year.

What will be the biggest tech trends of 2017? Our predictions: https://t.co/wZEjFTiCba pic.twitter.com/khuf0MRCBf

Open-Sourcing the code proved to be really interesting and attracting a lot more corporate attention. 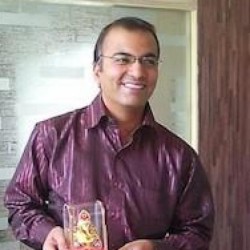